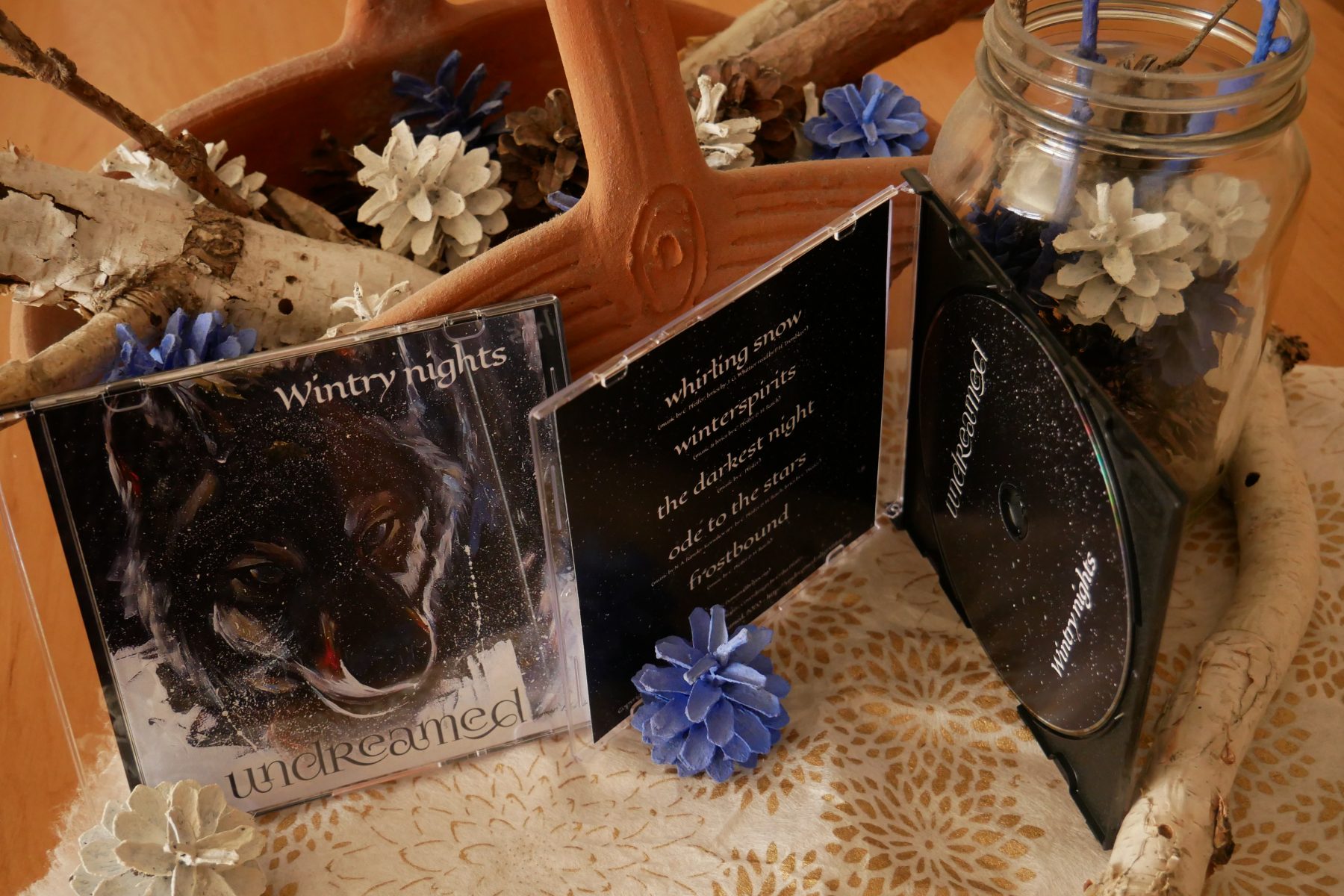 We released our new winter-themed EP “Wintry nights” on 14/12/2020! The EP contains 5 songs, each of them depicting another aspect of cold and snowy nights.

The opening track “Whirling snow” is about nightfall and the upcoming of a snowstorm – the lyrics come from J. G. Whittier’s “Snowbound”.

The second track “Winterspirits” is inspired by the myth of the wild hunt, where various gods, warriors, spirits are taking part on a chase above the sky in the nights around Yule (Rauhnächte).

N. A. Rimsky-Korsakov is one of the most important russian composers of the 19th century (he was part of “The Five”). In our opinion, the russians had a very unique talent to write magical, mystical music. His “Christmas Eve Suite” is a perfect example of that. Our song “Ode to the stars” uses excerpts of this magnificent piece (especially from the parts I. Christmas Night, II. Ballet of the Stars). The last part of the lyrics are in elvish (Sindarin) and are a hommage to Tolkien and his creation.

The last track “Frostbound” finally brings the listener back to the human realm; outside it is freezing and all is covered in snow. People are staying inside, warming up on the fire and drinking merrily. A little band (that would be us) plays some joyful music for the party.

The songs are available online on various platforms such as Youtube, Spotify, Apple Music ecc. Listen to the songs on Youtube: https://bit.ly/2KGbmKo

“Frail hearts” is the official theme song of the videogame “EVOLUTION – Versicorae Domlion” by Sezhes, for which we wrote the entire OST. Kristian Hafner from Sezhes created this lyrics video for the song: 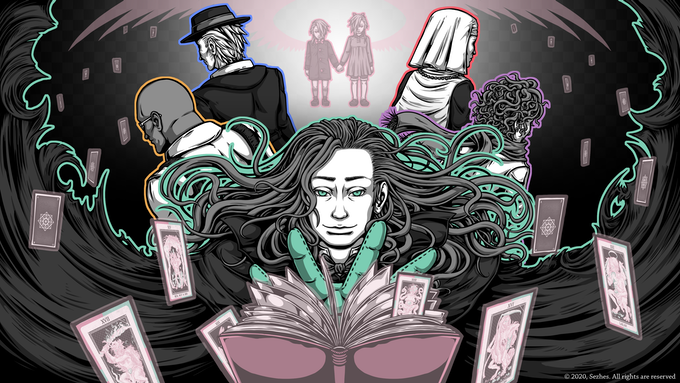 We’re working on the OST of the videogame “Evolution – Versicorae Domlion” – The videogame is in development and the young crew working on it (sezhes.com) has launched a Kickstarter-crowdfunding-campaign just today: kickstarter.com/evolution-versicorae-domlion/

The game is a hybrid between a 90s inspired RPG and a Visual Novel. You can experience 10 hours of gameplay, meet interesting and unique characters, know their secrets and listen to original music throughout the game. The game also involves fights against terrible monsters and riddles to solve.

As Undreamed we composed a musical theme for every main character and created moods and soundscapes for various situations: battles, feelings, places! Listen to some of our tracks here: youtube.com/sezhes

Here’s the trailer for the videogame:

This website uses cookies to improve your experience while you navigate through the website. Out of these, the cookies that are categorized as necessary are stored on your browser as they are essential for the working of basic functionalities of the website. We also use third-party cookies that help us analyze and understand how you use this website. These cookies will be stored in your browser only with your consent. You also have the option to opt-out of these cookies. But opting out of some of these cookies may affect your browsing experience.
Necessary Always Enabled

Any cookies that may not be particularly necessary for the website to function and is used specifically to collect user personal data via analytics, ads, other embedded contents are termed as non-necessary cookies. It is mandatory to procure user consent prior to running these cookies on your website.

Create a website and earn with Altervista - Disclaimer - Report Abuse